The village of Bajša, a few kilometers away from Backa Topola, was in the possession of noble families Zako and Vojnic in the 18th century. When noblemen from the Zako family built a castle in their possession, they connected it through a courtyard garden with the newly built Orthodox Church of Sts. Dimitrija. The church was erected by the protector […]

The Pannonian House was built in 1843 (there is a record on the shaft). The house has features of the old folk architecture, characteristic for the territory of Vojvodina: walls from a charge, a wooden roof structure, whose elements are attached with wooden wedges and a roof cover of cane. It has a traditional three-part interior space, which consists of […]

ROMAN CATHOLIC CHURCH OF THE ASSUMPTION OF THE VIRGIN

Roman Catholic Church The Assumption of the Virgin with its late Baroque stylistic features, was built between 1760 and 1770. It was built with the donation of the noble family Vojnić who received the nobleman’s leaf and the coat of arms in 1741, and in 1759 he bought from the Zako family half of Bajša. The church is designed as […]

Since 1409, Pachir has appeared in historical sources. In Turkish defterers it was written in 1582 with 16 taxable houses. After the expulsion of the Ottomans, the Serbian border was settled in the desert. Hungarian colonists of the reformed faith from Kunschag came in 1786. The Reformation raises the church from the churchyard in 1791. The church expanded with a […] 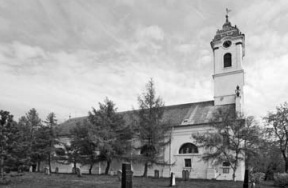 The church was built in 1822. The conception of space, volume and decorative elements, both purely stylistic, and those taken from folk creations, is a blend of baroque-classical features of a particular variant. The interior of the interior (preaching room, choirs, bench-seats, central cult place “paradis” organ) were made in the classical style. Naos is under the ceiling, there is […] 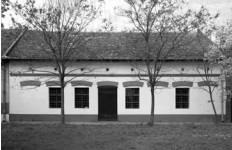 The building of the blacksmith and crafting workshop, founded by Egri brothers in the last quarter of the 19th century, was built in the style of eclecticism. It is designed according to the then applicable regulations for industrial facilities. It consists of a workshop in Colar-Kovka with tools and examples of finished products. It was built with brick as a […]

In 1800, the chamber of Backa Topola became the property of the Baron family Pala Kraia. Baron Pal Krai received a noble charter in 1762, and he received a baron ranking after 30 years. Probably soon and then the castle was erected. Project documentation has not been recorded so far). He did not live on his property in Backa Topola. […]

The Zako Castle was built by members of the noble family Zako, who received Bajša with a grant from June 25, 1751, from the Austrian empress Maria Theresa, and since then, the family of this family, Stevan Zako, a native of Dalmatia, a captain in Stara Kanjiža, who, like his descendants carry the adjective “from Bajsa”. Only eight years later, […]