He designed the sculpture at the turn of the 19th and 20th centuries, architect Đula Vaci from Subotica, while the contractor was Joseph Karius, a bricklayer, also from Subotica. The designer and the owner chose, at that time, the most modern and most rational variant for the economic building. Vaci used elements of the late eclectic for designing the portal to obscure the prozacity of the stable, but did not forget the functionality of the building. The location of the building is east-west. The surface of the wall is grooved, and pilasters, six pairs of segmented windows, five carved double doors, a rhizalite and entrance to the attic section façade to asymmetrical units. Circular openings on the façade and ventilation openings on the attic are an integral part of the facade. The building has a two-seater roof whose construction is designed as a hangman, and a roof tile was used for the roof tile. The building had several functions:most of it used as a cattle barn, and a smaller part for horses. In the western part of the building there is a shed and a stable for the stallion. Below the avenue was a warehouse where horses’ equipment was kept. The attic was a pantry for grain food. The barn was designed for 40 cattle, 12 oxen, 12 horses and for four to five cattle, while 10 wagons of grain could be stored on the attic. 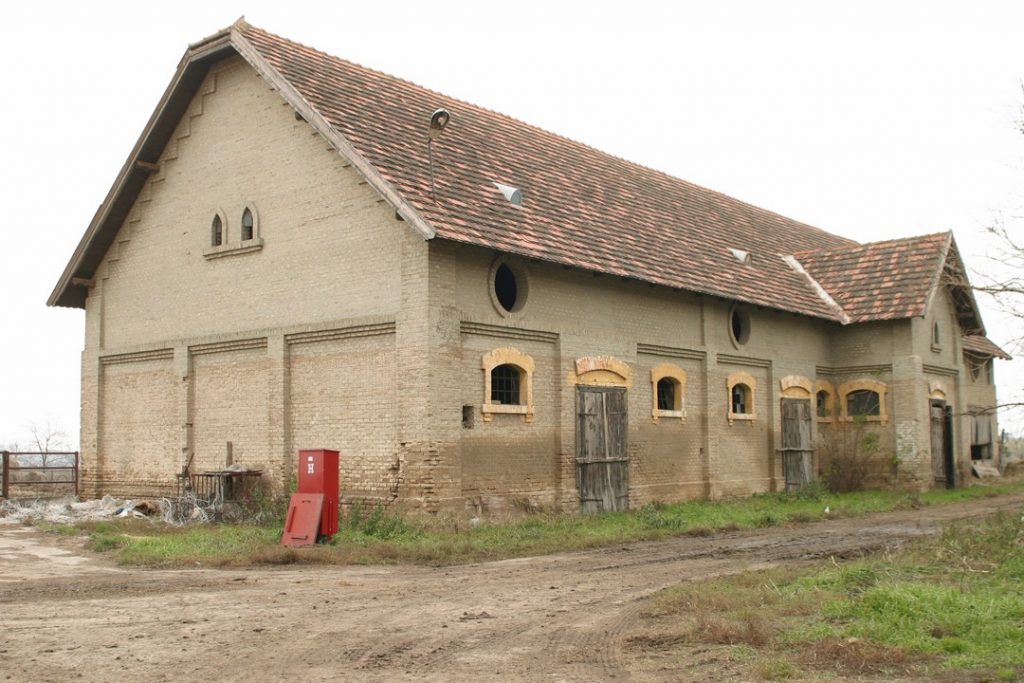